About Lewis and the Life for Lewis Appeal 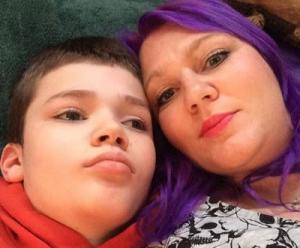 After keeping us waiting for a 34 hour labour and being rushed out by the consultant as he was getting distressed. Our 1st baby was here and we couldn't wait to start our family life. The next chapter for Gary & I. He was the most beautiful thing we had ever seen. We had so many dreams and hopes for our little boy.

By the time Lewis was 5 weeks old we noticed that things were not quite right. He had started to jerk alot, like having an electric shock!. The weeks went by and after seeing the Dr's / Health Vistor a number of times we finally went to hospital to get some answers.

At 12 weeks old and after Lewis going through a number invasive tests, we were told the devasting news that an EEG had confirmed that Lewis was having seizures. A condition called West Syndrome.

This news was like a tone bricks being dropped on us, and literally took our breath away. Part of us died that day along with all Lewis' dreams!

As the years went on Lewis got worse with his seizures and they were ruining his chance of ever developing normally.  He went through a battery of tests, bloods every few months, ECG'S, EEG'S, Scans, MRI'S, Lumber punctures etc etc.  The list goes on, this was year after year, with no reason as to why this had happened to our special boy.  He had so many seizures that his little brain couldn't function properly and grow. His seizures were all drug resistant.

This is an example of one of Lewis severe seizures and just a fraction of the multiple seizure types he has to endure on a daily basis.

So today Lewis' seizures still remain extremely drug resistant, and despite being on at least 16 different drugs over the years with different combinations, his VNS, Oxygen therapy, and a special diet he is still having around 1500 multiple seizures a day. He is now diagnosed with Lennox Gastaut Syndrome. (LGS).

Lewis is our hero and we adore him and love him unconditionally.  He is our world and we would be totally lost without him.

When your world is broken like ours did, it is like having to piece back your life but always having one bit missing. And to this day we have still not found that missing piece.  But it hasn't stopped us enjoying the picture and seeing the beautiful things that it can bring, even if it is incomplete.

He is our very special boy! xxxxx

When I look in your eyes I see your pain.
I’m so sorry I can’t take that all away.
Stay strong and be brave as mummy is always here for you.  I love you.
My boy, my special precious boy

Keep holding on and stay strong my boy.
In your eyes, amongst the nasty, I see your love and you’re screaming out.
I just want to hear your voice saying, mummy I love you!
But I know that will never be.

For now, I’ll keep that hope for in my dreams.
My boy, you’re so special and so beautiful.
I love you.

Back to.. About Me.. Lewis Herbert 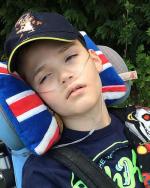 My name is Lewis Herbert and I was born in 2002. I was diagnosed with West Syndrome at 3 months of age.

This has since developed into a condition called Lennox Gastaut Syndrome (LGS). LGS is a rare and extremely severe form of epilepsy with multiple seizure types. It causes severe global developmental delay.

I can have 100’s of different seizures every day and my condition is resistant to any medication or therapies which have been tried. Find out more about Me 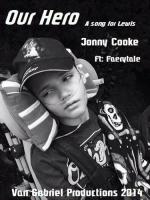 The amazingly thoughtful, kind, and talented Jonny Cooke has written and produced a song for me.

How cool am I to have a song all of my own!.

This is so personal and special to me, and my Mummy and Daddy. Read more.. A Song for Lewis by Jonny Cooke

To get involved and help fundraising for Lewis please contact us

About Lewis and the Life for Lewis Appeal